The pleasure of watching the Champions League Final on Canal + Sport 3, Season 6 of the Scandal series on Canal + Serie, Roland Garros on Canal + Sport 4, Desparate Housegirls on Nollywood Tv, Rubi on Novelas Tv, Taste Of Love on A + And many other programs, will give you only the embarrassment of choice in entertainment on your small screen. And for good reason, Canal + and its bouquets of television channels want to make themselves even more accessible to the public. 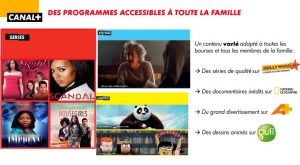 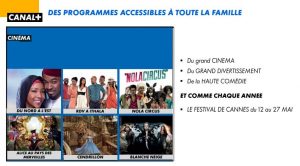 To make its offerings even more affordable, Canal + announced the new price of its decoder now offered at 10,000 FCFA. This reduction represents a 65% drop in prices since 2013. Over the past 4 years, the decoder has increased from 25,000 CFA francs in 2013 to 15,000 CFA francs in 2015 and finally to CFAF 10,000 since that year. A policy aimed at fighting the piracy of the cablo-distributors and maintaining its conquest of the African market, precisely Cameroonian. 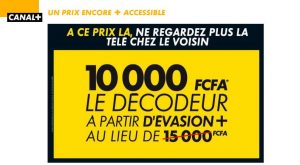 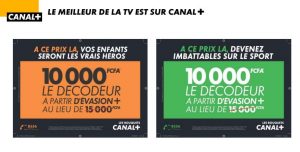 Among other things, Canal Plus enjoys the rights to broadcast in Africa, matches of the FIFA 2018 World Cup from June 15 to July 15, 2017. Also, subscribers of the bouquet can take advantage of the Généreuse Week, an offer intended for customers who Will have extended their subscription before the deadline expires. In short, everything is implemented so that you can truly enjoy the Canal + channels at home and not at the neighbor ;-). 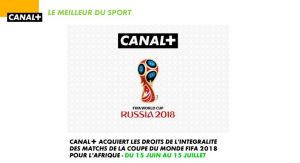 Free training and certification in Quality of Service by Casqua Academy